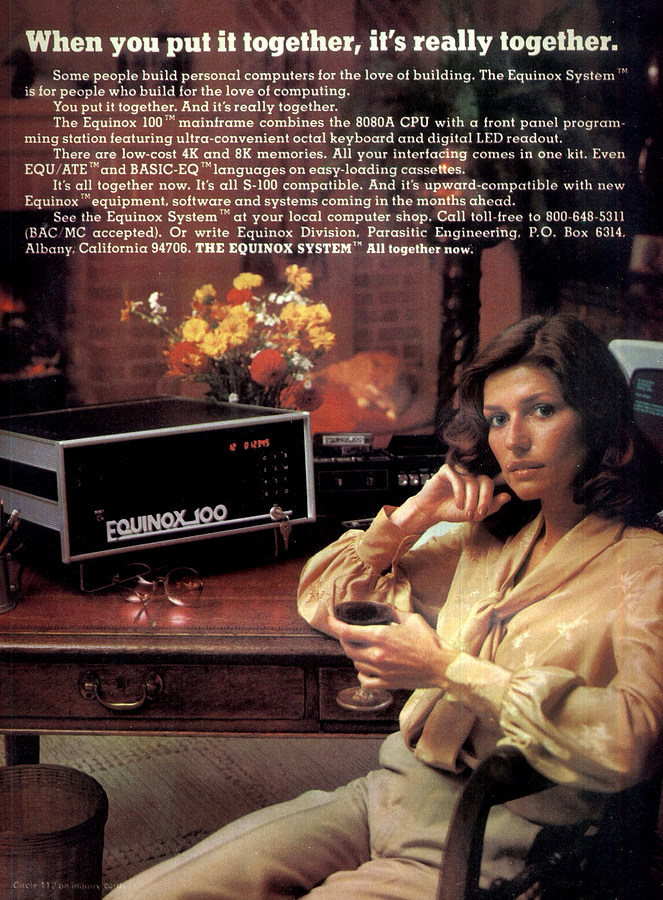 Equinox 100: When you put it together, it's really together

For those moments when the computer's playing up and there's clearly nothing more to do than hit the bottle comes this advert for the Equinox 100, made by Parasitic Engineering of Albany, California. One of many Intel 8080A-based systems running on an S-100 bus, it offered 4 or 8K memory, an "ultra-convenient octal keyboard and digital LED read-out" and was somewhat optimistically billed as a "mainframe" computer. The advert itself is one of several of the era that clearly tried to depict micros in non-threatening, non-technical environments (the complete opposite of, say an archetypal "big room" installation like 1962's Bendix G-20). As such, it was not unlike those for the Altos ACS8000, which featured silverware and a pot plant, or Pearcom's Pear II, featuring that most computer-like of accessories, an oil lamp.