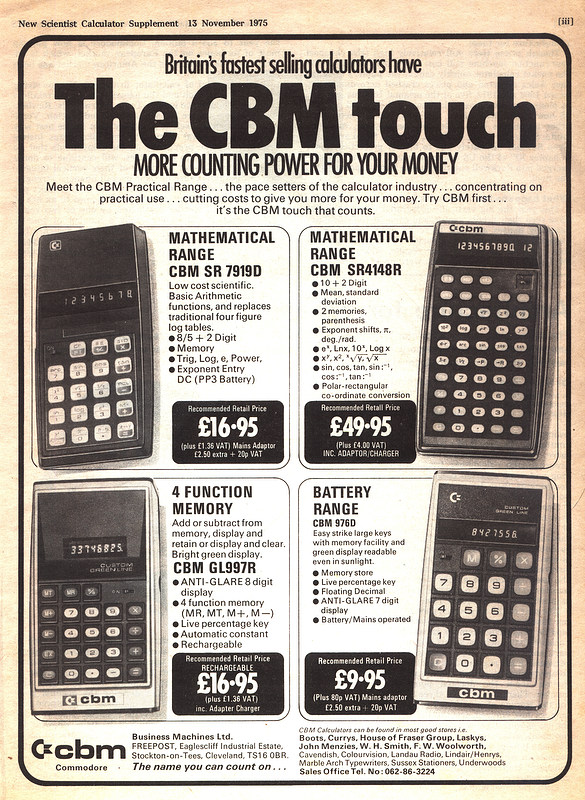 "Britain's fastest-selling calculators have The CBM Touch - more counting power for your money."

Commodore was at this point primarily a calculator manufacturer (along with LED watches and Chess machines, amongst other sidelines), having evolved from the office furniture and typewriter-repair business started by Jack Tramiel in Canada in 1958. The mid 1970s were a bit of a boom time for calculator manufacturers, and competition was fierce. Many suppliers relied on Texas Instruments for their parts, but after TI entered the calculator market themselves, prices for calculators crashed (as TI made the chips they could afford to sell their finished product for less than they charged everyone else for the components). Commodore would soon decide that the only way to survive was to purchase their existing supplier, MOS Technology. This would give them good vertical integration, like TI, and enabled them to ride out the price wars of the era (at least until calculators became utterly commoditised and Commodore, along with almost everyone else, had bailed out of the calculator business by 1981). One of the calculators advertised here is the CBM SR4148R, one of the legendary "button monsters", with 48 individual keys. It retailed for £53.95 (including VAT), which is about £540 in 2020 terms.