The 69th Entry Apprentices Association's 10th Reunion on July 26th marked the 50th anniversary, to the day, of the 69th Entry's passing out. As it was such a significant reunion, the Association secured some additional grant funding in order to bring some ex-apprentices over from Burma/Myanmar, as well as pay for some assistance costs for some of the less-mobile members. There was even a letter of support from a certain Boris Johnson, MP.

This review of the event, which included a fly-past by the Red Arrows, was written for the November 2004 newsletter by Terrence Hardeman. 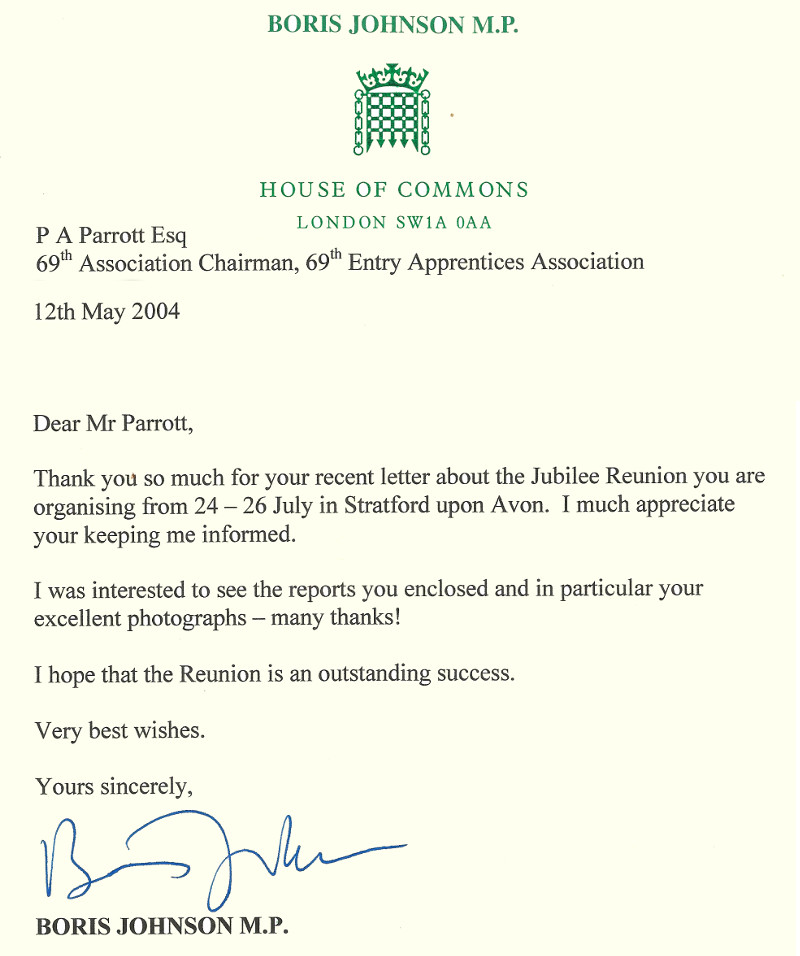 Letter of support from local MP Boris JohnsonIn choosing the Stratford Manor Hotel as the venue this year, the organizers of the tenth reunion of the 69th entry surpassed their previous achievements by laying on a three-day extravaganza that included a fly-past of the Red Arrows, an evening serenade by the "Golden Oldies" pipe band, a sumptuous dinner dance and, as a show stopper, our indefatigable chairman, Tony "Perce" Parrott, appeared for the barbecue evening in a longhi garnered from his recent visit to Burma, a.k.a. Myanamar.

We suspect the garment was worn as a gesture of empathy for our Burmese members, two of whom had made the journey all the way from Yangon in spite of the obstacles put in their way by the Burmese bureaucracy. One of them, Khin Myint, was seen striding around the grounds of the hotel in a similar garment to Tony's but wisely reverted to more orthodox European clothing to venture on to the streets of Stratford on Avon.

The weekend was extended through Monday to enable us to commemorate to the day our passing out from Halton on July 26, 1954 and in the evening many of us shook down a splendid rack of lamb dinner by dancing to the music of "Phoenix". Several graduates of the Aylesbury branch of the Court School of Dancing with its unique L-shaped dance floor demonstrated that they had not completely forgotten how to shuffle around the floor more or less in time to the music.

Sadly, "Moonlight Serenade" and "Love is a Many Splendoured Thing" (remember The Four Aces hit tune of 1952 grinding out on Slim's PA broadcasts?) were not in the band's repertoire, these tunes having made their mark 20 years before most of them were born, but the music was nevertheless tuneful and enjoyable. Our own poet laureate Hugh Perfect was also able to amuse us with yet another of his odes in the style once made famous by the late Stanley Holloway. 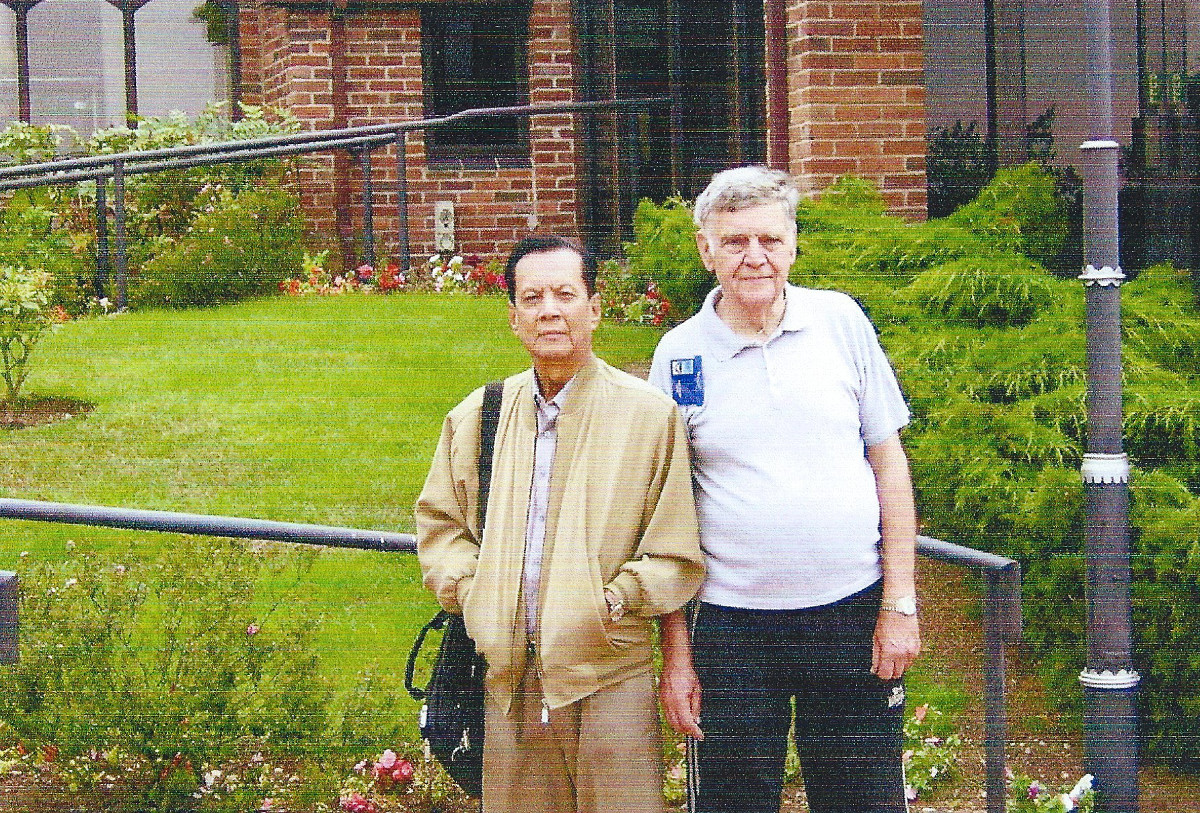 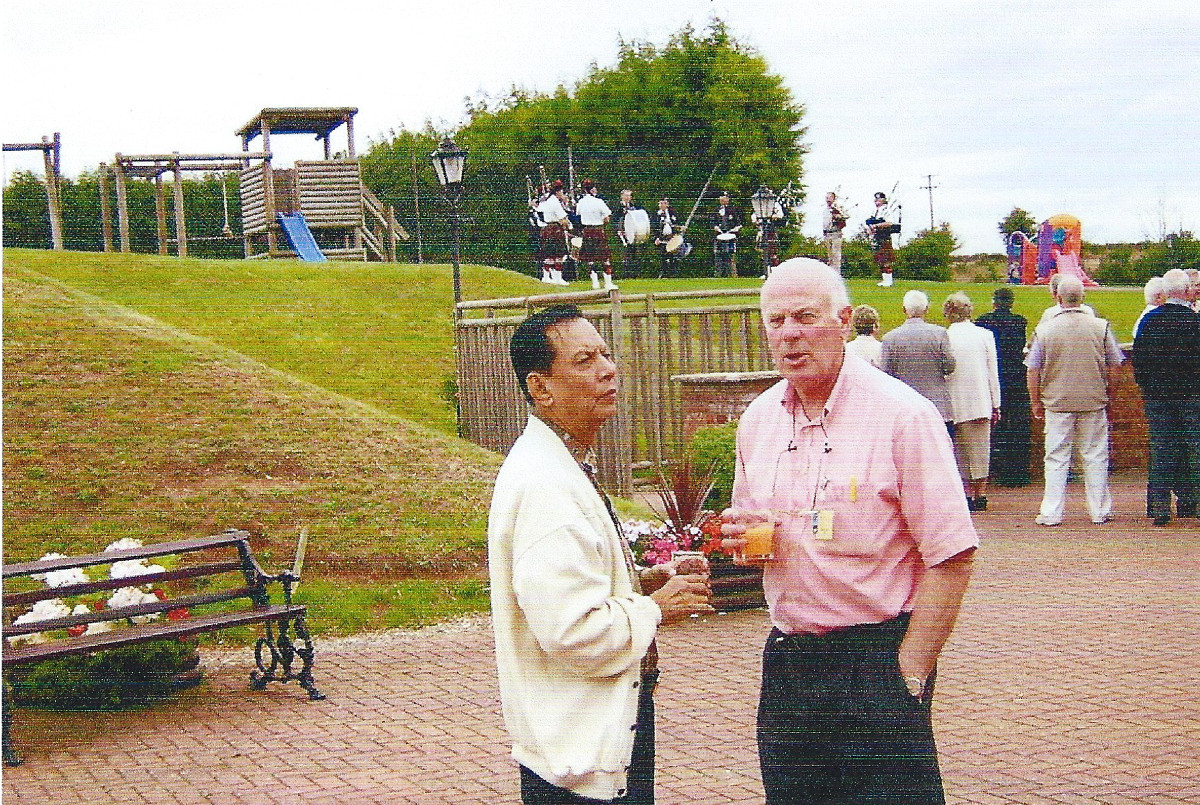 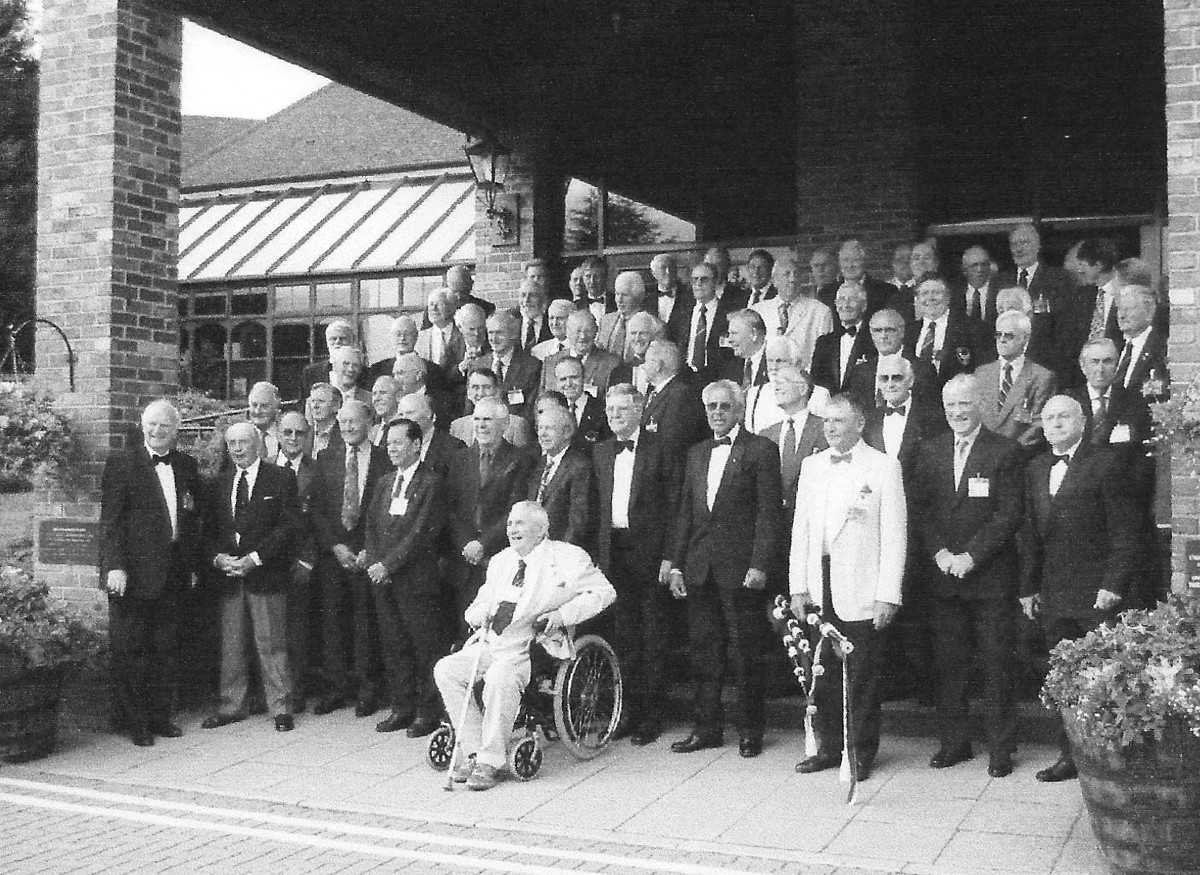 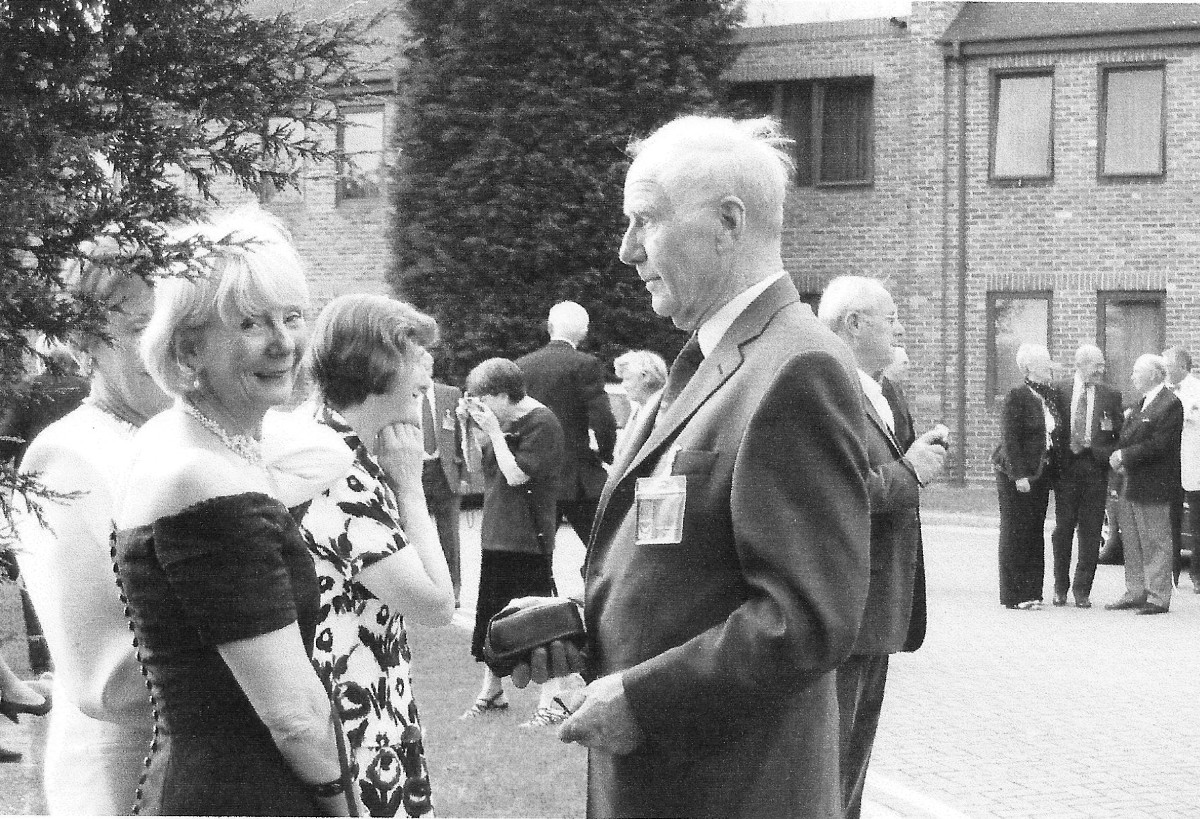 Several other significant events occurred during our years at Halton - apart from the coronation and the presentation of the colours to No.1 School of Technical Training of course - although being immersed in work, study, sports and trudging up and down that dreary hill, we may not have been fully aware of them. They are too numerous to list here but our chairman in his keynote address reminded us that in 1951 for example, they included:

This was our tenth reunion and with 138 people was the best yet in terms of attendance as well as scope. The choice of picturesque Stratford on Avon as a venue may have been a factor but the event was notable in the number of ladies, 59 in fact, who joined us. The years will inevitably take their toll on our number but as the word goes round our membership is still at the moment increasing. Many of us have now reached the significant age of sixty-nine years. It is perhaps worth noting that our youngest member, sprightly young Geoff Rix, is now sporting a grey beard and looking very distinguished with it. Considering the things we got up to when we were young airmen, who would have thought we would survive so long? 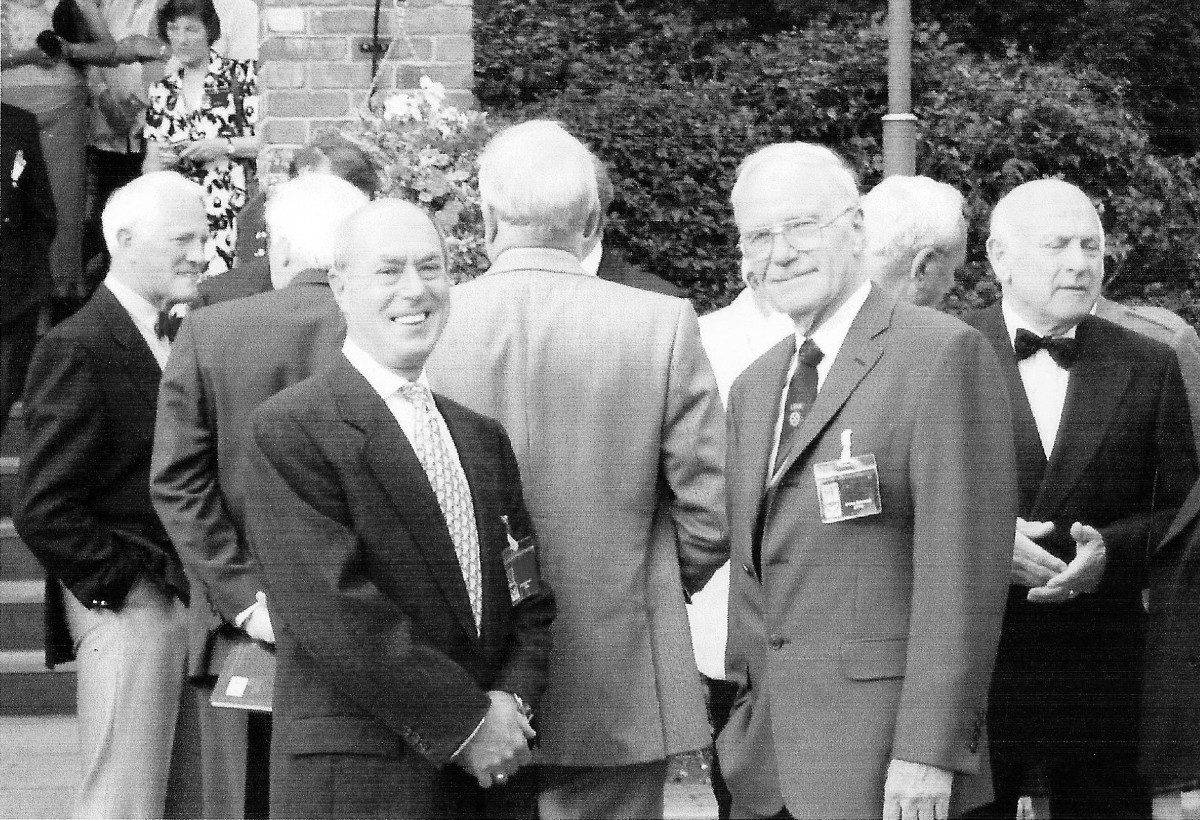 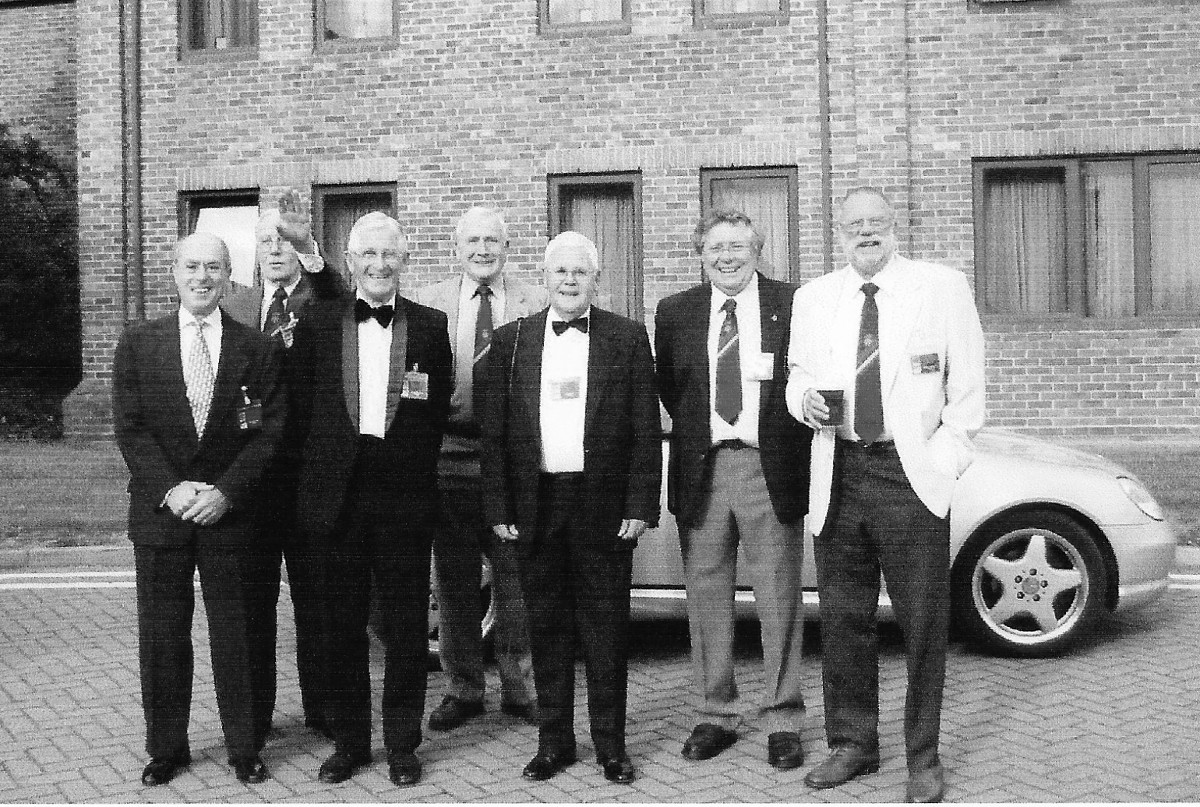 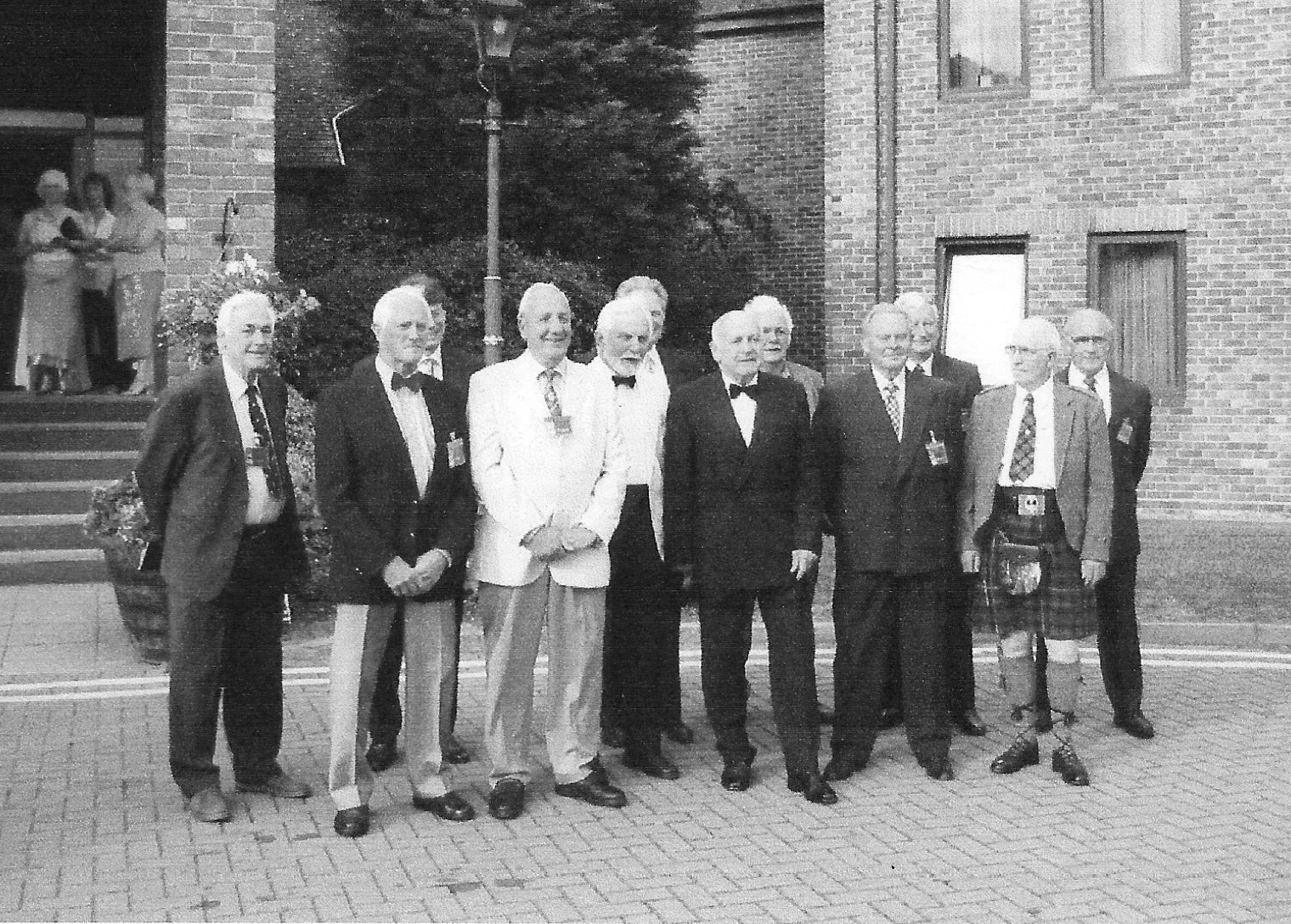 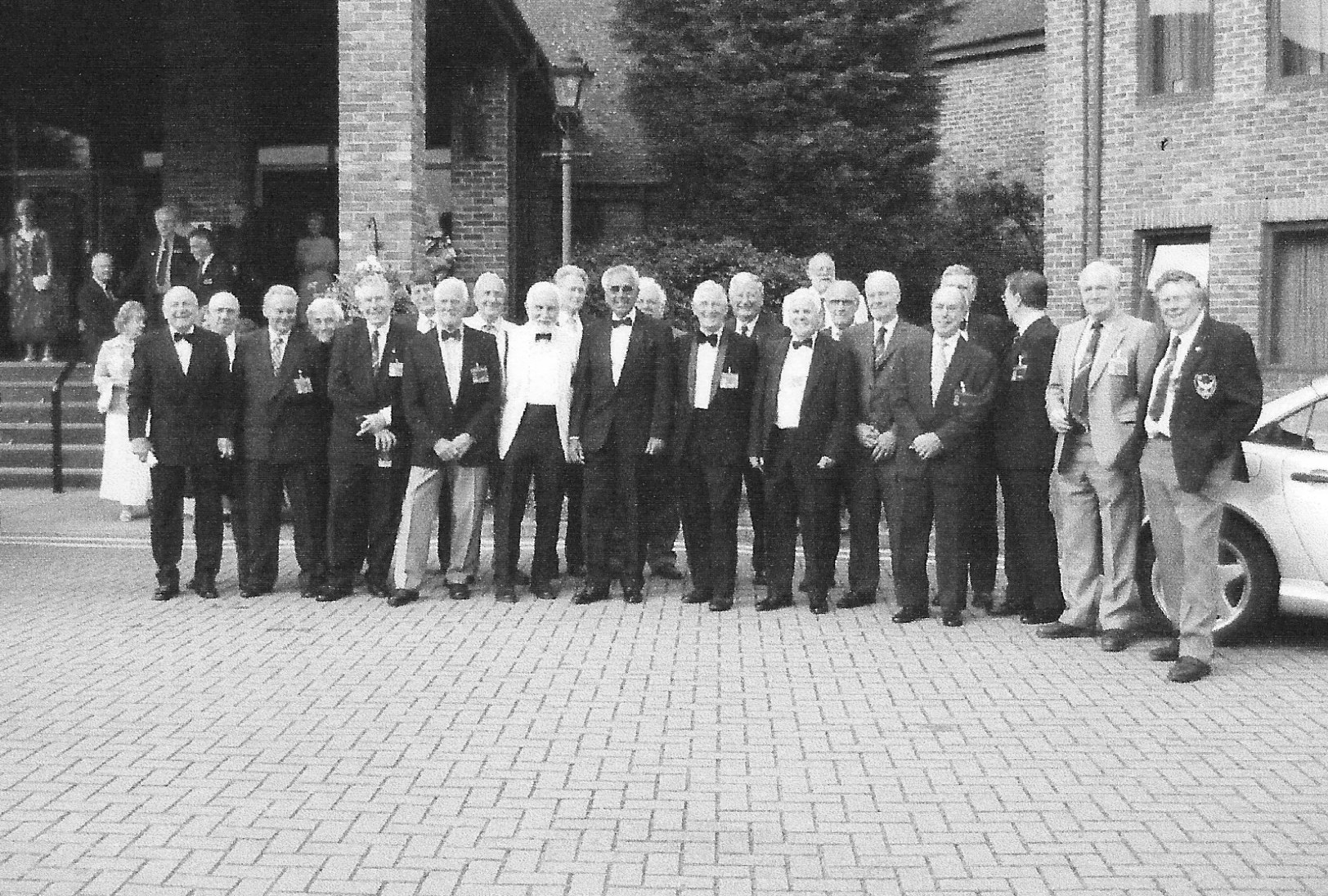 One slight damper to the proceedings came when our chairman announced his wish to retire from the job which he has carried out so admirably for the past twelve years. We looked at each other and wondered who had shoulders broad enough to take on the task. And the answer came there was none! It will be a hard act to follow; any volunteers? Meanwhile we can only add our sincere thanks for his efforts in organising such an enthusiastic and entertaining gathering. 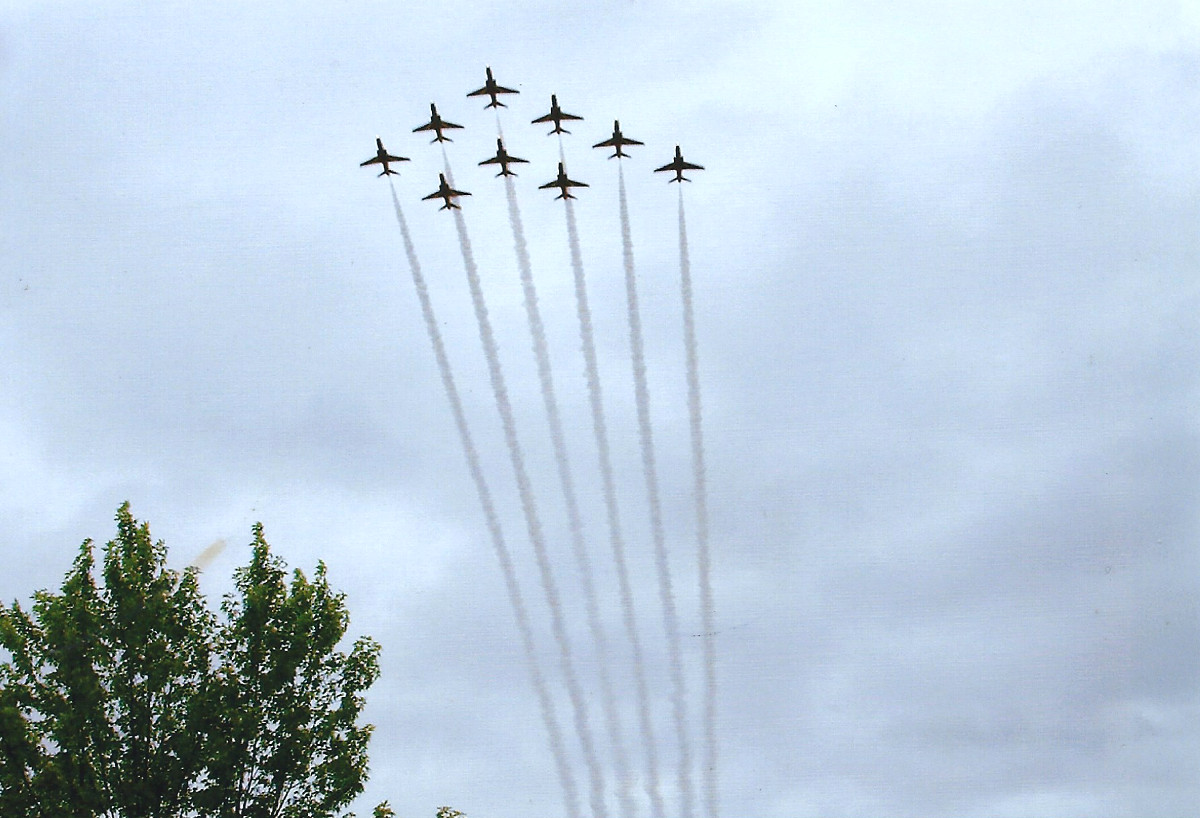 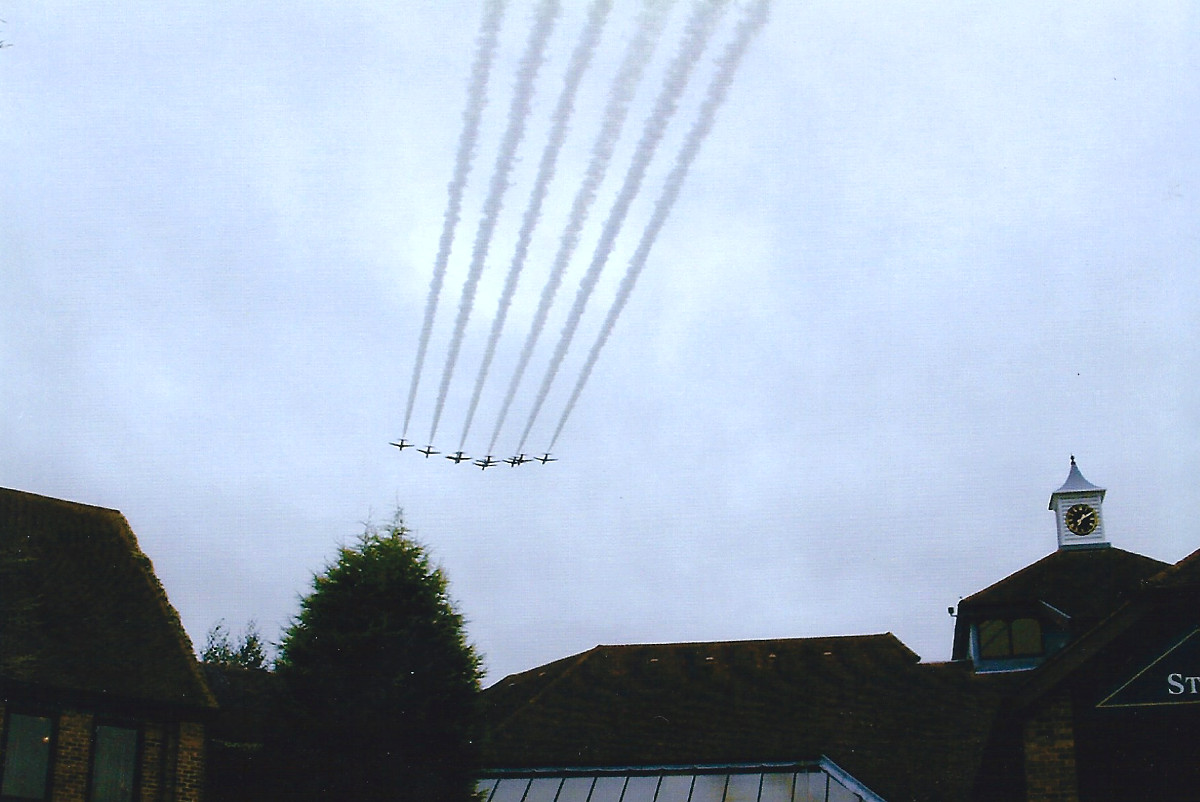 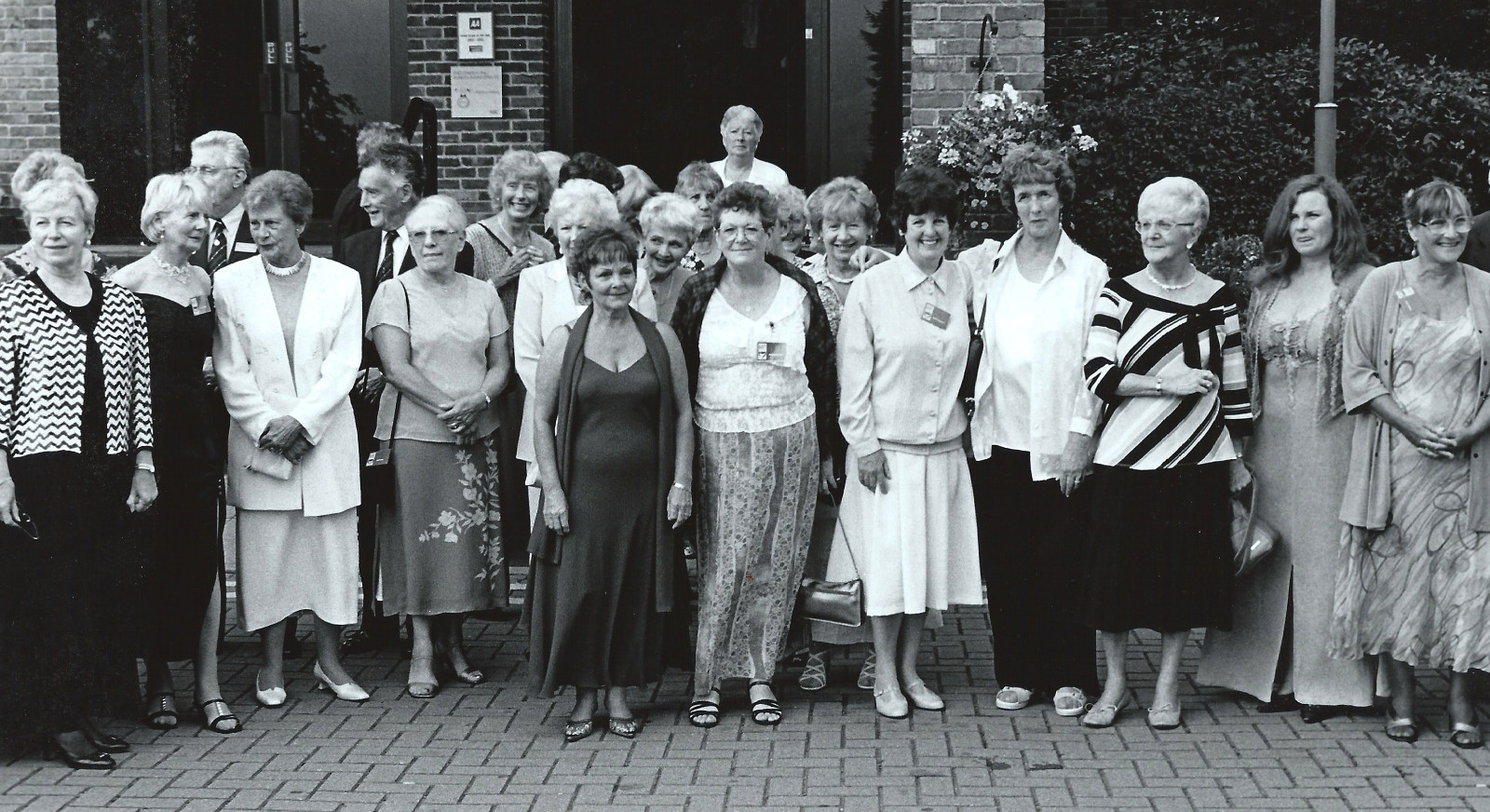