A report on the 69th's sixth official reunion, held at the Petwood Hotel, near Woodhall Spa, by Gordon Weston. The area had a strong association with the RAF, being the location of RAF Coningsby and the famous 617 "Dambusters" squadron.

What a reunion! - with forty 69'ers present, plus nineteen ladies.

For me this is the only weekend when I am free from my normal working life and I really look forward to a few days away with my old pals with the emphasis now on "old", in body if not in mind. I have been lucky to attend every reunion, travelling to each one on the Friday, which I suppose makes it a forty eight hour pass. 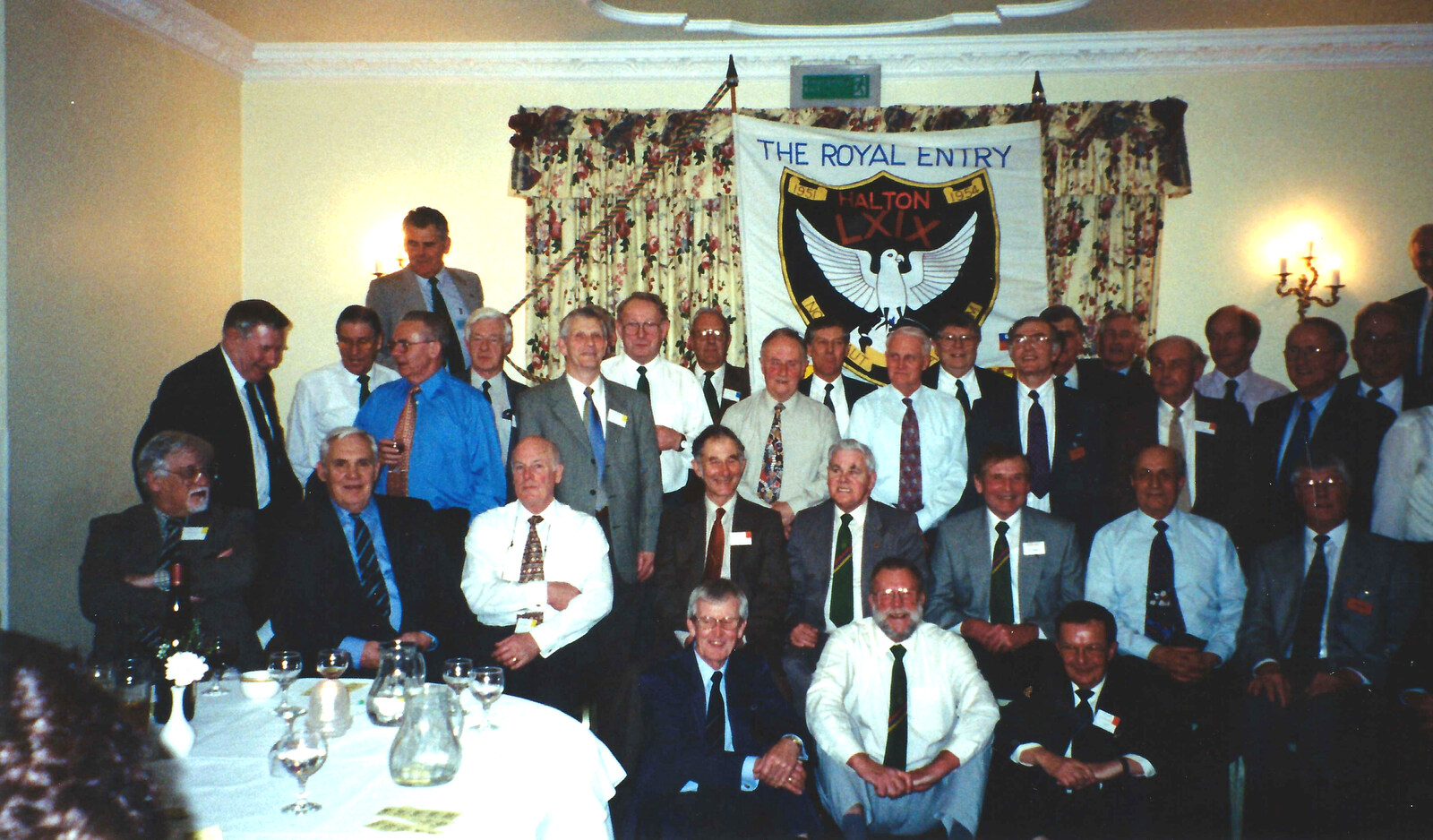 For the second year running the venue for the reunion was the Petwood Hotel. Woodhall Spa, Lincs. The property was originally a private house built in the early 1900's for the furniture stores magnate "Maple"; it was subsequently requisitioned by the Air Ministry to become the Officers' Mess for 617 Squadron in 1943. It is a beautiful building with surroundings to match. My room numbered 212 which should give some idea of the size of this ' house" which stands in 30 acres.

On the Friday evening seventeen of us, including six ladies, dined in the Bluebell Pub which offers good food. Built in 1257, the Bluebell, typical of most old pubs, has a character of its own. It is a shrine to Bomber Command with its walls covered with photos of aircraft, aircrew and many memorabilia from the wartime period.

As PT is no longer compulsory before breakfast, Saturday morning remained free to do as we pleased. I had an early breakfast, a walk around Woodhall Spa, followed by a drive to visit several of the surrounding villages. I returned to the hotel just in time to catch the coach to the Lincolnshire Aviation Heritage Centre at East Kirby, a 1940's Bomber Command Airfield.

It was a cold day with a clear blue sky. Thirty four of us enjoyed an engine run and taxiing of the Lancaster, in particular Leon Northeast and I, as our first posting from Halton was to Upwood onto Avro Lincolns. Whilst we all enjoyed the station visit, two members remained at the Hotel to play croquet. (I also heard that there was some shopping and a visit to a particularly pleasant tea house - Ed) We returned to the Petwood Hotel to prepare ourselves for a long and exciting evening.

Having attended all the reunions, I have managed to record the events on film and video recorder. The other trades may say I am biased, however there is really only one trade that, counts - engines. This year was no exception, three new faces and all engines. One of the three even travelled the greatest distance to attend, namely Alan Peart from near Toulouse in South West France. The other two, John Bliss (Drew) and Clive Wilson (Tug), met for the first time since leaving Halton.

Present also were Northeast, Gunns, Collins, Harris, Houghton, Rix, Charnock, Faulkner, Kemish, myself and the other trades. I hope that those of you who did not attend this year for whatever reason other than health make every effort for our 50th next year.

We all met around the main bar before dinner at 7.30 pm sharp. Tom Faulkner, who has the healthiest lungs of us all piped us into dinner as usual. One hundred and fifteen pounds was made from the sale of raffle tickets which goes towards the cost of the Burmese Window. A highlight of the evening was a video presented by Alan Skipp (Airframes) of our pass out parade. What precision. Do you remember the weather ?

The ladies are now an accepted part of the reunion. From what they said to me afterwards they all thoroughly enjoyed the whole weekend ! 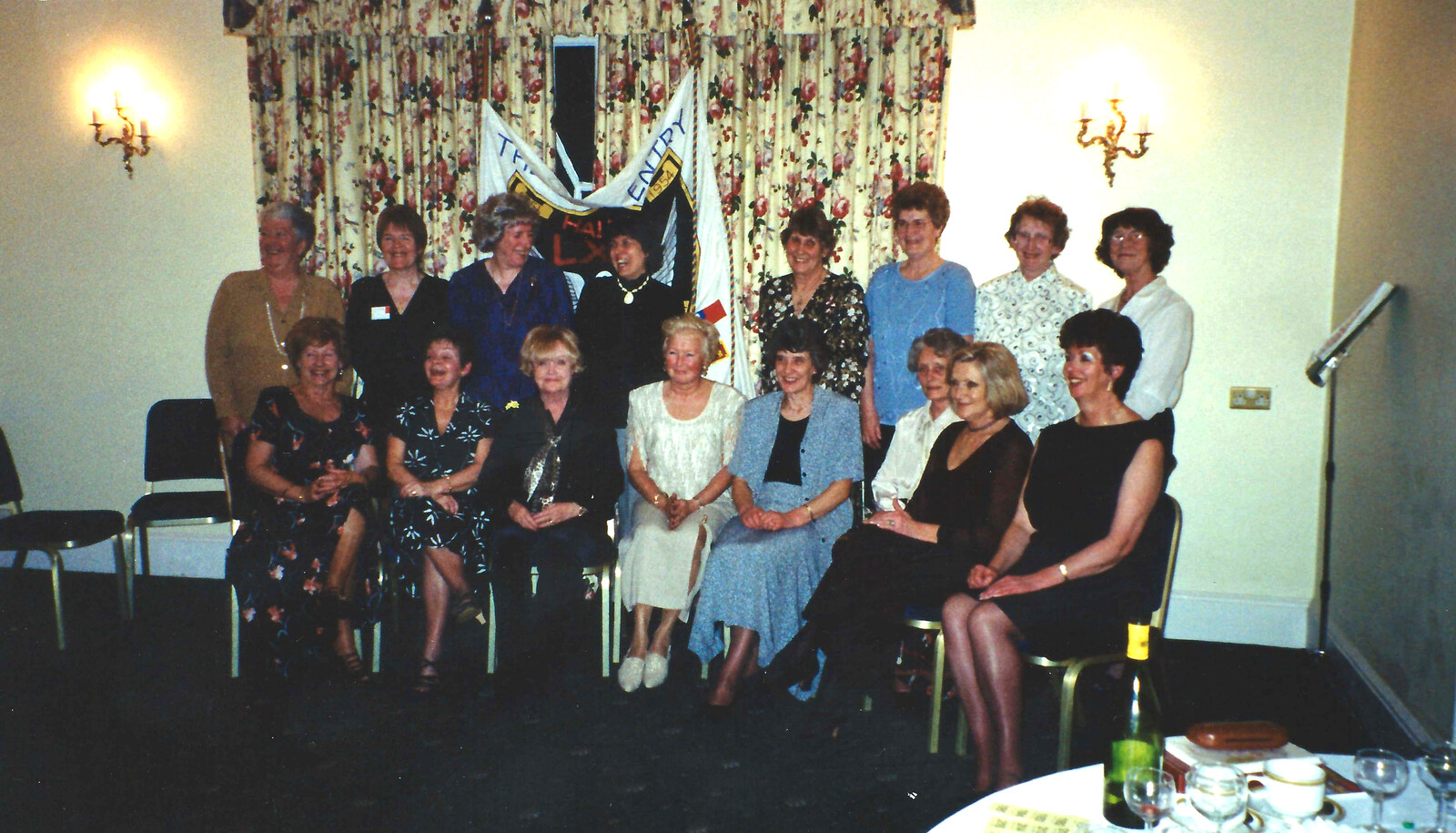 I would personally like to thank the committee and in particular Tony Parrott for all the work and time they devote to the running of the 69th Association and for making the reunions such brilliant events! There are 36 engines members of the 69th Association. It would be a pleasure to see you all behind the 69th banner in September 2001 for the 50th reunion.

WOODHALL SPA makes a good centre for exploring some of the most picturesque parts of Lincolnshire. It is a small town on the edge of the Fens but it is bigger than it looks at first because much of it is hidden in the trees. Woodhall became a spa in the early 19th century after water rich in mineral salts was found in old coal workings. This gave rise to some fine hotels, of which the Petwood is probably the best known because of its association with the 617 Squadron. There is also a fine golf course and leisure centre.

A mile to the south of the town, on the 131192, lies Woodhall Spa airfield, a part of which is still used by various units of R.A.F. Coningsby. The remainder is gradually being turned into gravel pits. From here during 1943-45, 617s Lancasters and 627s Mosquito Target Markers carried out some of the most famous operations of the war - the sinking of the Tirpitz and the use of the Tallboy and Grand Slam bombs. Guy Gibson flew his last operation in a 627 Mosquito.

A couple of miles further on, in some of the few remaining buildings of the old airfield, a museum has been created telling the story of R.A.F. Woodhall Spa. Nearby is the Bluebell pub, all old beams and inglenook fireplace, with the walls covered in photos of the wartime crews from Woodhall and Coningsby. Good food, real ale and a ghost!

Passing through Tattershall, Coningsby is reached. The church tower has the biggest one-handed clock in the country. R.A.F. Coningsby is the home of 56 Squadron's Tornado F3s and the Battle of Britain Memorial Flight, which is open to the public.

From Coningsby, along the A155, 8 miles towards the coast, on the old East Kirkby airfield, is the Lincolnshire Aviation Heritage Centre. Here there is a Lancaster that is taxied on a regular basis. One of the maintenance crew is Roy Jarman of the 58th Entry. The NAAFI is operational and the fully-restored Control Tower is well worth a visit, complete with sound effects. This also has a ghost!

North east of Woodhall is Horncastle, a small unspoiled market town, which is really the gateway to the Lincolnshire Wolds. This was a Roman town called Banovallum and from here along the Wolds runs the Caistor High Road which the Romans built to get to the Humber River at what is now Barton on Humber. To the east from Horncastle the Wolds run to near the sea at Skegness. From the high ground Yorkshire can be seen to the north, Norfolk over the Wash, and Nottinghamshire to the west.