For the fourth time the 69th alumni were "sent to Coventry". The same venue as last year - The Windmill - with a golf course, as I was reminded by the sight of two 69ers putting their clubs away when I arrived in the car park. The morning rain hadn't deterred them - obsession wins every time.

So it was down to the bar as our rooms wouldn't be available until later. The usual cheery faces, a year older, heads a pit pinker, one or two new faces but also some absentees Jock Shuardson (airframe) had made a huge marching banner, which he put on display in the bar, where it was much admired. No-one is going to miss the 69th at the Triennial! 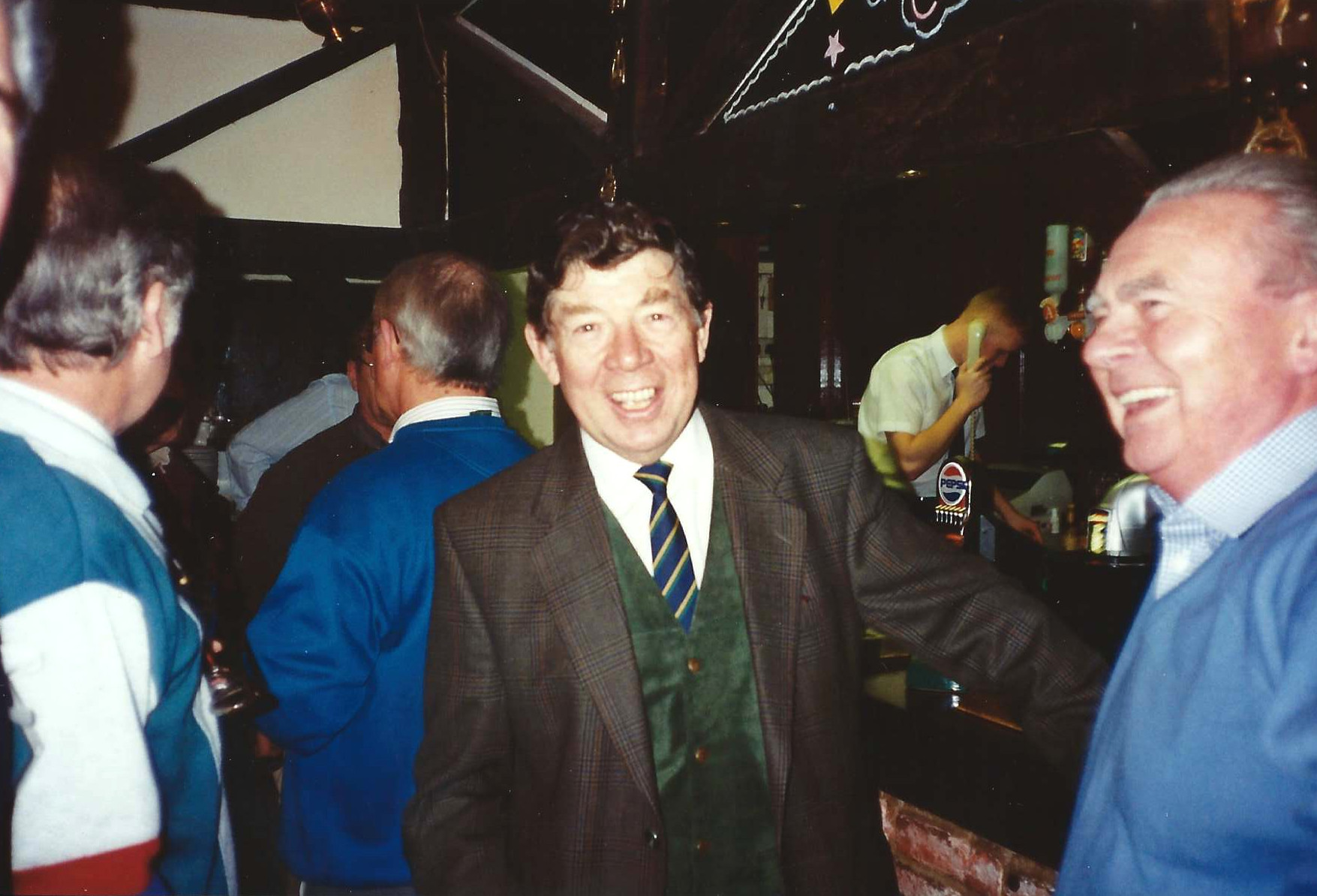 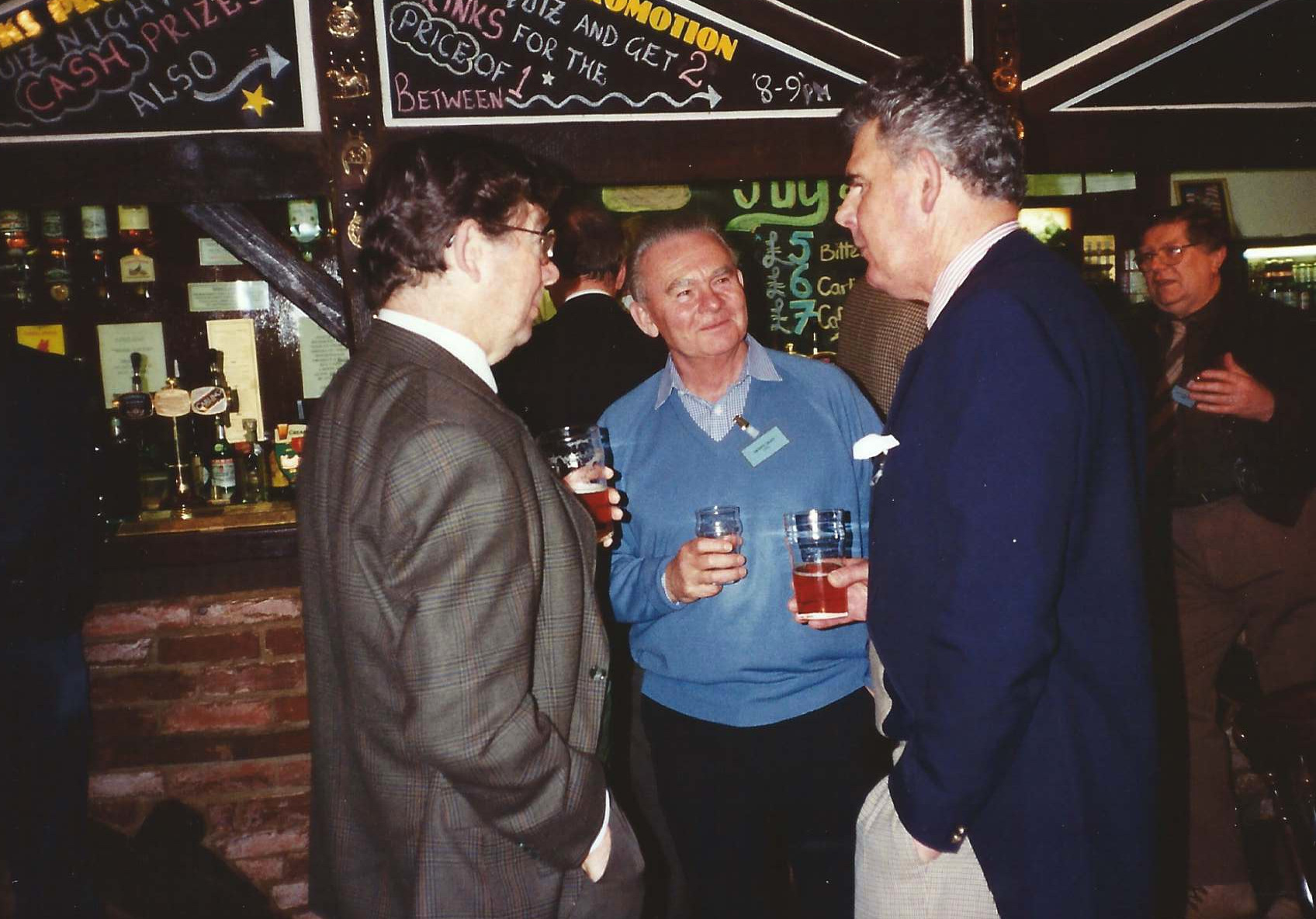 The bar takings must have been a bit down on last year because nearly everyone went on the coach to the Cosford Aerospace Museum for the afternoon on a Works Outing. It didn't stop the chat though, we just talked on the hoof. I think that people who hadn't been to the Museum before were suitably impressed. One of the main features of the museum is the collection of prototype and experimental aircraft. We pondered on the fact that nowadays, instead of trying things out in the air, the experimental work is done on computers, which might make the museums of the future a bit less inspiring if they consist of floppy discs, but they won't need as much space! And of course, you wouldn't be able to stick your head inside and get a nostalgic aroma of real aircraft. Another thought there were only a couple of aircraft older than us - maybe we should be in a glass case marked "RAF Apprentices circa 1950's".

Returning to the hotel, we got our rooms and prepared for the evening. Thirty seven 69ers and 2 wives were piped into dinner from the bar by our own 69th piper, Torn Faulkner (Engines), much to the amusement of the other guests. Our padre, Richard Hambly (Ann), was A.W.O.L., so grace was said by a member of the laity, John Nelson (arm), who did a professional job of it - born to the cloth! The dinner included smoked salmon for starters, and I think the meal was rather better than last year. 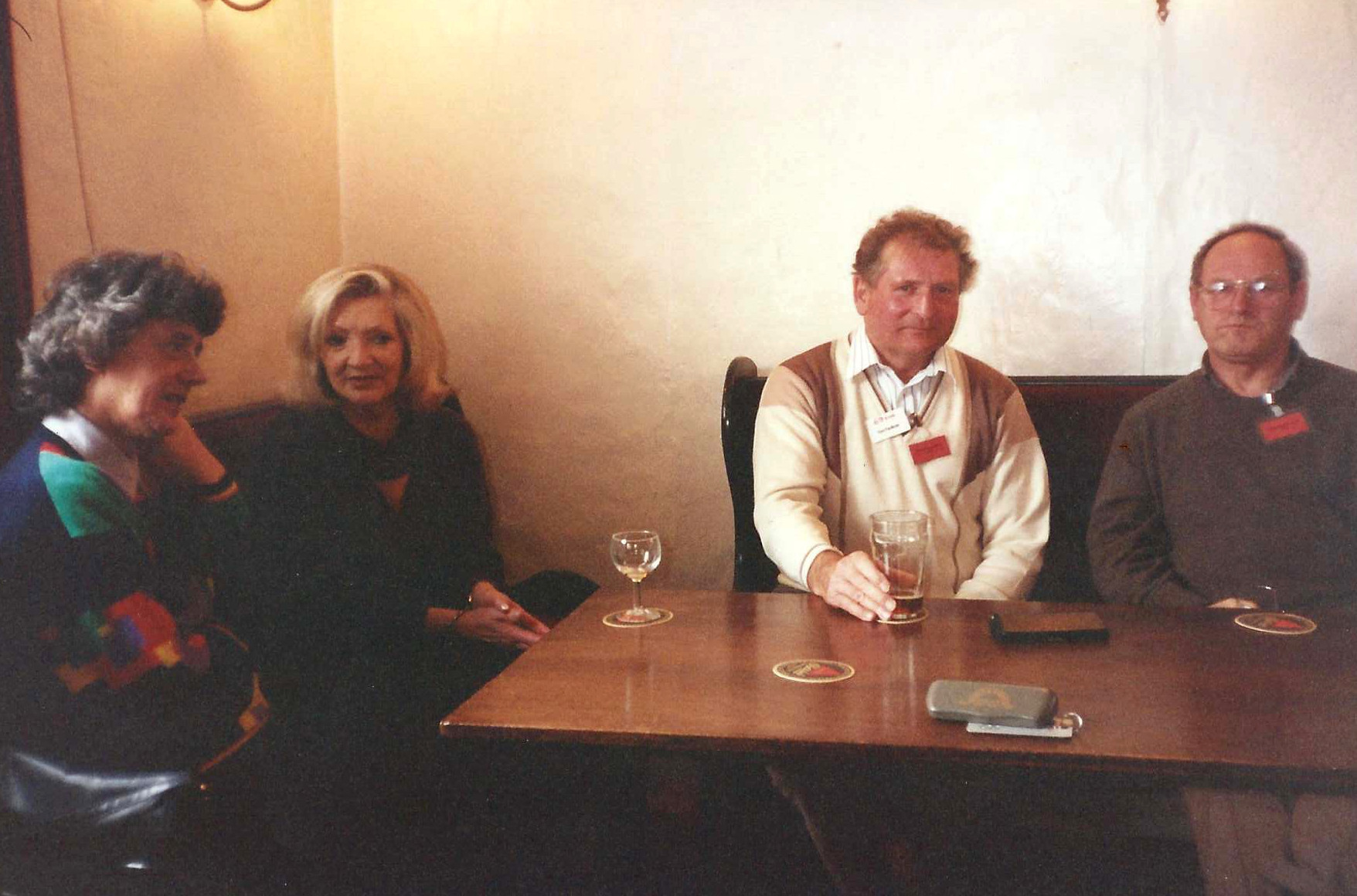 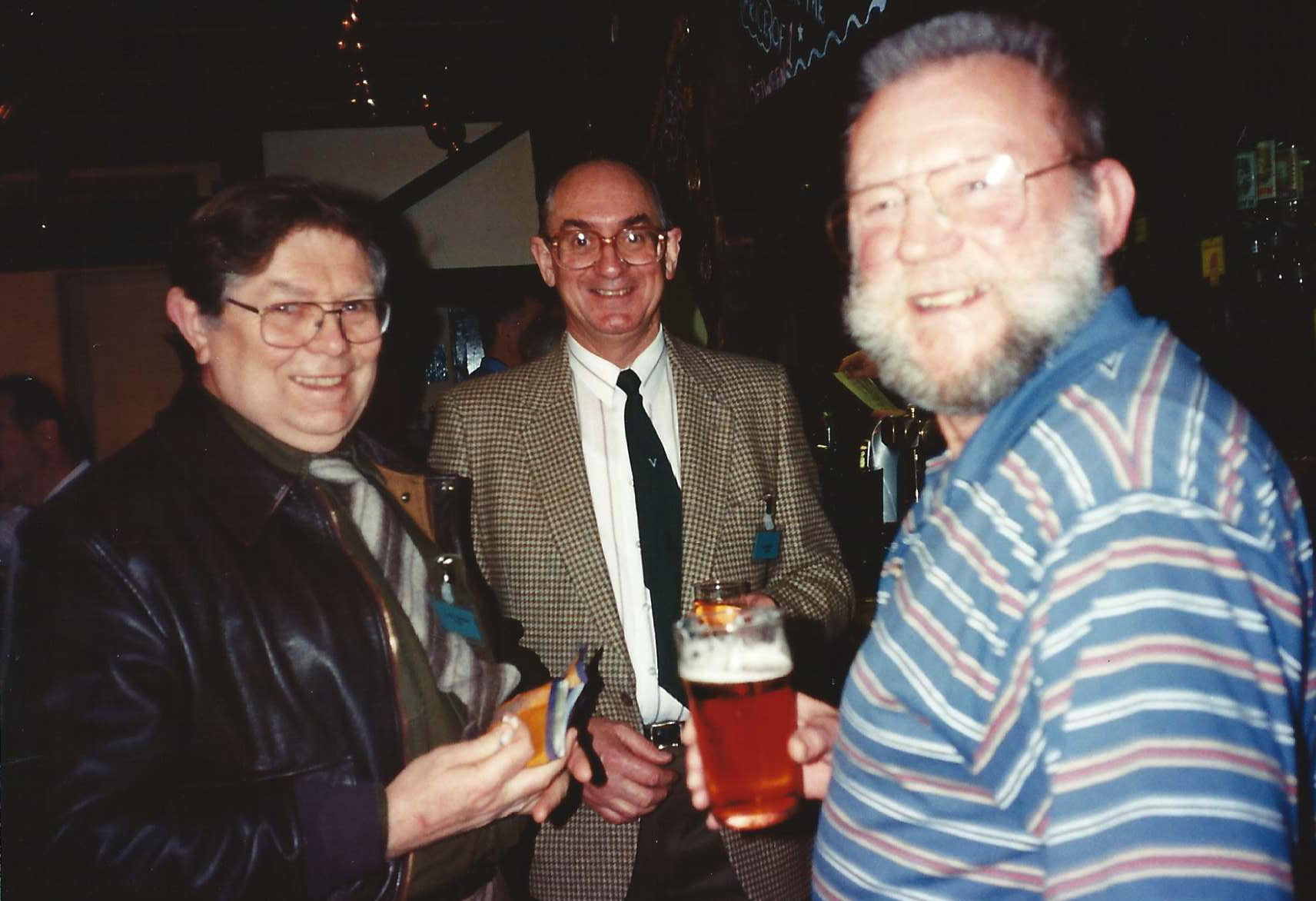 Not having a captive Group Captain this year, we were entertained by our own cabaret artists. Hugh Perfect (airframe) read one of his poems - have we a new Pam Ayres amongst our number?! This was followed by Ray Jones (engines) giving a monologue on things that have been invented since 1940. Terry Hardeman (airframe) then did a hit of stand- up comedy - I suspect he had done it before more next time I hope. Finally we came back to the bagpipes with Tom letting rip - I was a bit too close - my old ears thought they were back in the Lightning QRA Shed! Afterwards we had Tom on guitar with Geoff Rix (engines) on keyboard, and then Terry Hardeman had a go on guitar. We seem to have built up a lot of hidden talent over the years. Well done. 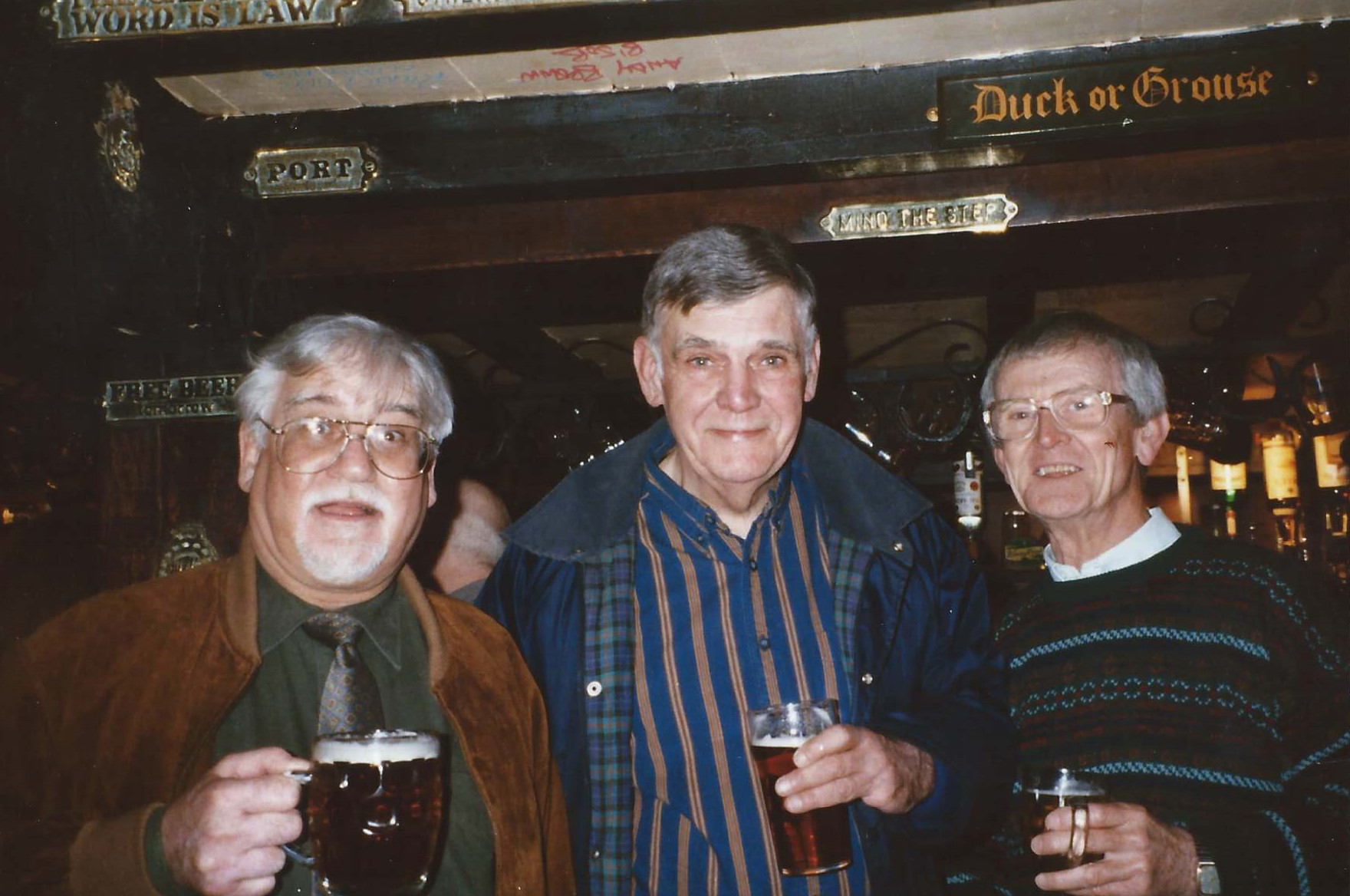 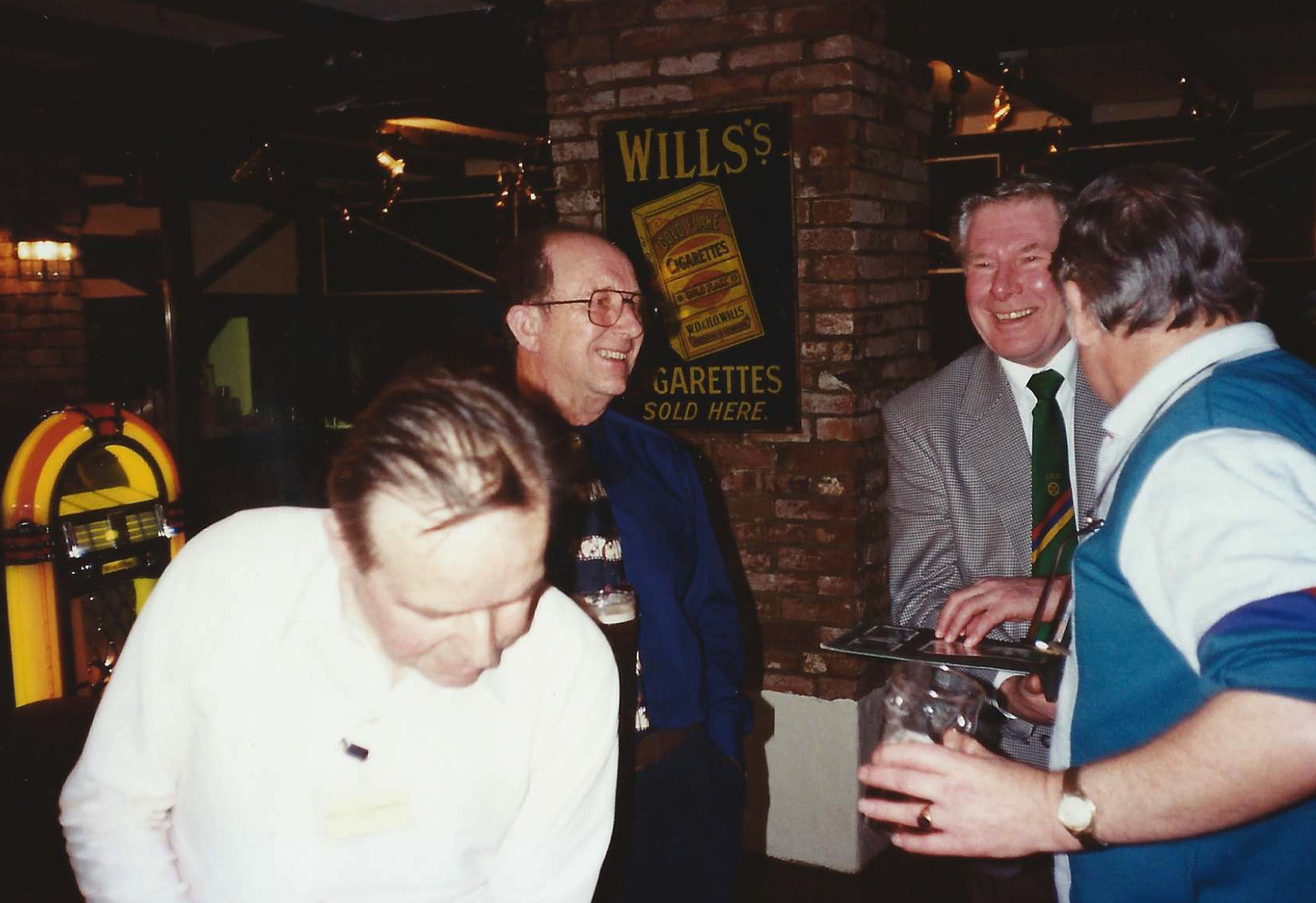 Talk continued into the night and this had to be the weekend that the clocks went forward, so what remained of the night was shortened by one hour, but at breakfast, there seemed to be no casualties, possibly one or two walking wounded, but most seemed lively enough after multiple cups of coffee.

On behalf of all the 69ers, I would like to thank Tony, and all the committee involved, for a grand weekend.

One last thought - when a body of men are given the command "Fall out" and the only thing that obeys is their hair, then they are truly veterans! See you at the Triennial!

(Dave has not mentioned that the Entry window he designed for St. George's Church was on display and much admired - also no mention the raffle (which generated £30) that was part of the Saturday evening entertainment - didn't you win a prize Dave? Editor)