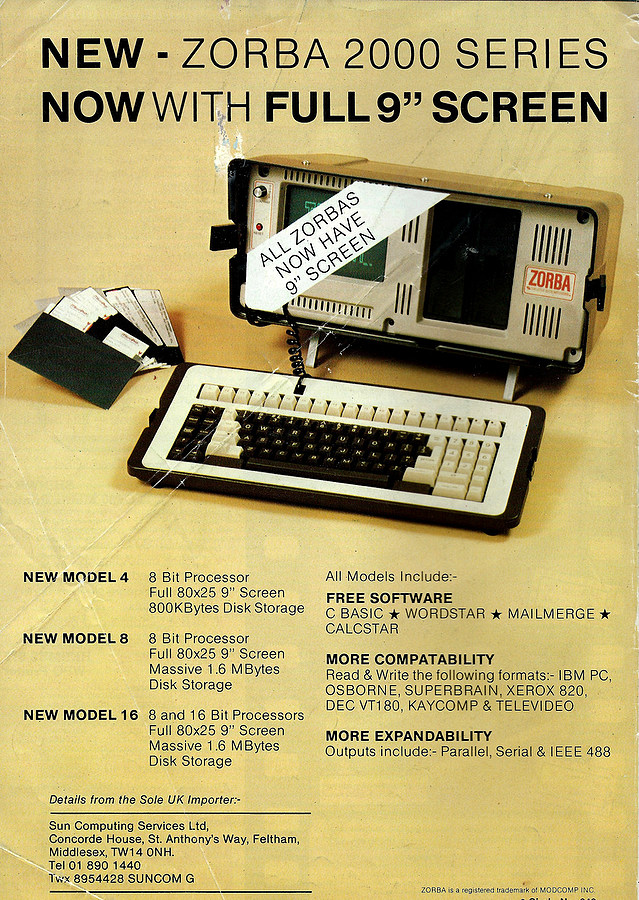 This almost-comedy wannabe hack at the Osborne and Kaypro market, with its claim that cramming 80 columns on to a "massive" 9" screen is somehow a good thing, appeared in 1983 and was considered as one of the last ever pure CP/M machines (although many machines followed which supported CP/M as a "feature", like Commodore's 128 or Amstrad's PC‌W). Despite compatibility with its two main rivals, as well the Superbrain, Xerox 820, IBM PC, DEC and Televideo, and even following the Osborne business model by bunging in a bunch of free software, the machine sold poorly, racking up around 6,000 sales in its lifetime[1].

There's no explanation for the name Zorba, especially given that the machine was originally built for Modcomp Incorporated by Telcon Industries of Fort Lauderdale, Florida in the US[2] - several thousand miles away from the Cretian setting of the book Βίος και Πολιτεία του Αλέξη Ζορμπά, otherwise known as Zorba the Greek.